This past weekend “Let’s start at the very beginning, a very good place to start. When you read you begin with A, B, C, when you drink you should start with take it slow. The first three tips just happen to be take it slow."

In true fashion, I didn't follow the steps I should have taken. On Thursday before a meeting for work, it took me away from home. My original thought was, "Sweet - uninterrupted sleep here I come. Early to bed - it's going to be glorious." Why don't I listen to my gut instinct on things? Why do I ignore the cricket on my shoulder pointing me in the right direction?

Thursday night I kicked off the weekend with a wine tasting which went from teeny glasses of tastes of vino - to full glasses and potentially bottles at a time. Tasting vs. binging - there is a fine line (in my head). Results?
While I gloriously and miraculously didn't have residual effects through out the following day - god bless the literal constant flow of water, diet coke & ginger ale - I decided to go into Friday as a woman on a mission. Keep it calm, keep it cool and take it slow. Bottom line? C went out for a beer run at one point, returning with 3 cases of beer. 3. We had one in the fridge at the start of our casual dinner. I should note, there were 8 of us - but we also killed 4 bottles of wine (I passed). Take it slow, I think not. Out of control? Not at all! Leona didn't want us to cash in our fun chips - and who could blame her? We had a big day ahead, and frankly I needed some good ol'rest. 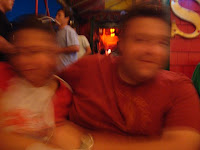 Boston - more specifically the bar tops of Beantown, and there was a lot of man crushing happening. The unfortunate piece was that around 4 pm the lot of us were gone. Gone to the 'other side' never to return. The timing is a little fuzzy - much like the memories. We began the day at brunch - the boys ordered cocktails and Leona gave the business- why start now? What's the rush? How I laughed, oh how I thought, why not start spending the fun chips. Oh how I was so wrong. So very wrong. Long (12 hour) story short - brunch was followed by beers, which was followed by a tour of Fenway, which was followed by more beers. Then it was game time - where we sat in our seats for less than 2 innings (I think). We left the seats to join the boys at the bar in Fenway. Left the bar in Fenway to go to another bar. Tickets to the game = the most expensive cover I have ever paid to drink. Only being beat by a New Years Eve party, maybe, but it's hard to compare because at least there was open bar. No such luck at Fenway.

We drank pitchers out of straws (how I missed my girl KW). It got fuzzy. Real fuzzy. We went to a crab shack - a favorite of the Lizzanes and the Guarros - Barking Crab. Good cheap fun... we boasted. Unless you don't ask the market price of lobster & crabs. FYI: it ain't cheap. 3 of us got 3 lb lobsters. Who orders 3 lb lobsters? Drunken hungry fools that's who. Me, that's who.

We had a grand ol'time looking back now but we totally could have done with a keg or two less of the hooch. From there we headed out to another bar - shocker. The night ended shortly there after - and none too soon. The grand finale being a stint in a grass patch (potentially a parking lot? Again, not sure) where a few of us made snow angels in the grass. We stumbled home at 1 am (15 hours of being out) and walked right past Nana Lu's. She was in for the weekend to spend time with the kid and be an on call babysitter. And thanks be - if she didn't come to babysit we would have had to sell the kid on eBay because between the kegs, the meals we ate in and out & the lobastahs we are cleaned out!

Worst thing we did? We snuck in. We didn't let her know Mother Coleman (aka Nana Lu) we were home. We didn't mean to, but once we were upstairs and had no monitor to fear, why mess with that? It turns out the monitor died. Luckily with her ears like a bat Mother Coleman heard the babe talking in the morning when she woke up, at 6 am. Luckily we did not - and we were able, if even for a few hours, sleep and not think about the day before. It wasn't until 2 showers later I got the stench of the lobstahs out of my ring and the carnage that became the day faded in my memory. We were a train wreck, the whole lot of us. A 3 lb train wreck.

Click album cover below to see the early hours, a little of the journey but none of the darkness ...