Why I hate moving. Epilogue

We've been here, at the time I'll (finally) publish this post for 3 months. We are getting settled, pictures are being put up, boxes are disappearing one by one. We're getting there. We have a few visitors planned. It's coming together. Don't tell the kid though, because she feels it too and I try to say I don't - but the truth is? I miss STL. I'm looking forward to when that wears out and things start to feel all wonderful here, but I don't know. 3 months in, I'm starting to think it won't happen. I don't hate it here, it's just not the same.  It's probably why I haven't had much to say here. I'm in this now not so secret hole of mourning, still. But I'm going to dust myself off and try to move past it, because we are here and it's time to start enjoying it and finding the love - and stop comparing it all to what we've lost. It sounds so dramatic, I know - but that's because it feels dramatic. Sigh. But hopefully? With the holidays (and I'm obviously talking about Halloween) coming up fast & furious it's just a matter of time where I will be smacking you over the head with cuteness. Because for real? It's what we do.

Why I hate moving. Part II

The after week one, there was another week of hell moving. Let's just start with day one, shall we?


And that's it. That's the "short" story of our long journey to the Cleve. Crazy town? Yes. Will likely be repeated in 1-3 years? Absolutely. Will I survive it? Most likely, no.

Why I hate moving. Part I

Edit to note: I understand this is way late. It's important to our story. It's a major chapter, and may explain why Ive been so busy. This is just one week. How could I not take weeks to recover?
Now that I’ve gone all rainbows, unicorns, and happiness – let’s get down to brass tax. For any “normal” person, moving sucks. For me? The laws of “Murphy’s Law” do not apply. It’s Murphy’s Law on steroids – and the ranging violent, aggressive behavior and mood swings of steroids. Wait, is there a plus side to steroids? I digress. Here’s a list of all the shit that went down over the course of the move (give or take a week. 7 days, people, with one exception).  If you follow me on twitter, this may all be a review, but due to character limits I now have the ability to provide my commentary.

It’s like a DVD extra disc extra, get excited. 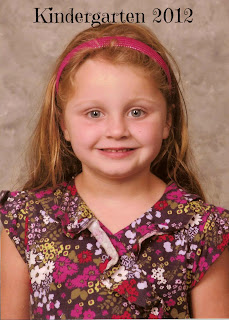 All across the world wide web there are great interviews with kids, and it's done once a year. And most of them are "20 questions" which makes total sense, but I just can't decide which questions to cut, because I cannot wait to see how this all changes throughout the year. So basically? 28 is the new 20.

I'll attempt to keep up but we have all seen this movie.
circa 9:51 PM 2 comments:

You are five years old. Five years old and a few days.  WHAT? I cannot even believe it (you say that a lot). You are brilliant. No, seriously. You are supa shmart.  You are funny, you love to "do" accents - but you are horrible at it, like yo mama.  You are caring, sensitive, the best.little.girl.ever. But you aren't a little girl, I swear you are tween (in the best way possible).  Holy crow, you are a good freaking kid. You love your sister so incredibly. It's almost unbelievable.

Good lord, you can talk. You used to not talk, we were told we'd need some early intervention - that we needed someone to help you learn how to talk. And then? All of a sudden? You.wouldn't.stop.  And I love it. Though sometimes, if I'm being entirely honest, Mama could stand for a break, girl.

Your hugs? Are ridiculous.  You are our (one of) everything. With your ridiculous laugh, and your loving heart, and your smart little self. You are beautiful. Inside and out. And hope for you, my little bug, that one day and everyday you know this. And when you don't? We'll be here to remind you.

Email ThisBlogThis!Share to TwitterShare to FacebookShare to Pinterest
find it: my girls, sap city
Newer Posts Older Posts Home
Subscribe to: Posts (Atom)
(c) 2007 all rights reserved. aka don't be a D and swipe any content, photos, etc - sucka. Should you be tempted, let me know so I can be flattered and then give me something write about.