This awkward moment was brought to you by auto correct...

It can happen to you.  There is a new site out there, http://damnyouautocorrect.com/.  The autocorrect feature on an iPhone can be your best friend just as much as it make you look really weird.  I admit, I find the site somewhat humorous, but there are a ton of people who actually "LOL" when they check it out.

Having been a recent victim of the auto correct function of the iPhone I know it's dangers.  Pretty regularly iPhone corrects my cursing. It hurts my heart, if I'm being honest. Why doesn't my girl know me?  I had hoped at this point, the genius phone I have would learn that despite her wanting me to say "he'll" all the time, I'm really saying hell. People "get" what I'm saying, but the forced apostrophe makes me feel censored.

It annoys me. Every time it happens I am reminded of the love I have for my phone that is not reciprocated.  Take for example an email exchange I was having, by way of my iPhone.

Also also... This baby is making me like Koran? WtHell.

jCg
Sent from my iPhone
Care to take a guess what I was really referring to? I'll give you a hint: I was not, referring to a Koran OR the Qur'an - though I don't have anything against it. Go ahead, guess.  You are not going to be able to guess.   I was referring to my recent love affair and obsession with the one, the only...
OPRAH (said as one would say Her name, as she would say Her name.

I don't know what it is, but I have began DVR'ing Lady O and I love every minute of Her. The baby, God Bless Kev, likes him/her some Oprah. Maybe this is just another symptom of my Benjamin Button baby?  My friend wrote back, after I re-read my email and clarified it was Oprah I like. The way she read it though was that the baby was making me like Oprah, as in acting like Oprah.  I assured her, while many changes were happening to me, my body & mind due to this kid I was not, in fact, becoming the richest most powerful African American woman, in history (thank you Wikipedia).  Bacon loving old lady, yes. Rich philanthropist genius, no. 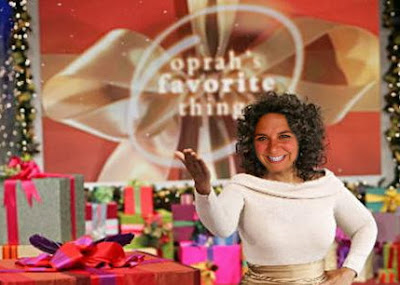 It could be worse than Oprah, obviously.  Just the other night in going back and forth with a co-worker and friend over twitter - I saw worse.  I looked worse than Oprah straight in the eye and raised it sexual harassment.  In an attempt to say "sorry I MISSED you in the office today" I got this....

Email ThisBlogThis!Share to TwitterShare to FacebookShare to Pinterest
find it: knocked up knocked down, the sequel