We know nothing about St. Louis. In fact, the week we found out about the possibility of a relocation, we got our facts from RLTV. Retirement Living Television - apparently that is real thing. Google it. Don't believe me? I took a picture of the program we watched.  It's about retired people who bring you on a tour of where they grew up. Yup.  The good ol'Gateway to the West. 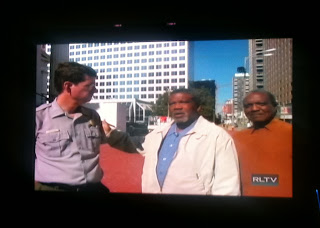 Of course we have some friends that have helped to point the way, but it's one thing to hear about it and watch it on the good ol' sound & picture box - and another thing to go there; experience it. 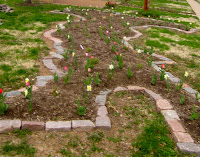 The ball & chain tried to tell me some of this, he said I'd be pleasantly surprised - but frankly I thought he was looking at it all glass half full. Cheery & positive, in addition to his sense of humor and his killer cooking it's kind of what he's known for. You know what? He was right. I was totally surprised, beyond. And yes I told him that; just this once he wins.
circa 10:22 AM