Every year I travel around this time for work, like clockwork it was time to hit the road again.  The weekend shifts around from time to time, up until a year or so ago I would celebrate my birthday on the way to or back from an exciting (and long) weekend away.  Whenever I go, wherever I go, I learn a lot.  I learn things I'll use everyday, in the future, or only to use in a wacky story that starts with glow in the dark stage tape and ends with hugging an LA Laker so hard that I didn't realize until it was too late that my ear was at his belt buckle. This year was no different. I learned a lot.

1. I learned Disney isn't horrible, in fact - the rumors are true.  It IS magical.  When I found out we were going to the magical wonderlands of Orlando I have to be honest - I was more than slightly afraid.  I swore I would never take any kid of mine to the money pit that is Disney World.  Now? Now I would go back.  Tomorrow. It is truly magical.  For everyone, anyone, at any time. True story.

2.  Before I could see this kind of joy, I was able to experience my own kind of joy. I learned of the kind of joy that just can not be explained.  Joy in the form of liquid.  The kind of coffee that is an experience from the look of it, the glass it is in, the taste or the magical taste to delivery vehicle.  An angel from above in the strangest of forms. In addition to quotes (not only said but written on napkin notes) that would normally freak the girl that I know me to be like "hugs around your heart" it was my everything for 4 glorious days. 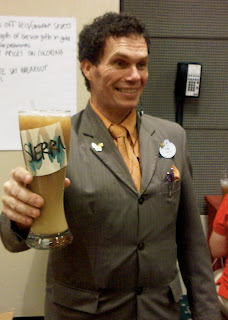 3.  I learned people have weird habits. Flattening coins and then collect them and these machines are everywhere. Everywhere. It's magical.
4.   Epcot is not (just) for kids. I mean sure there are rides, Nemo and wonderfulness but there is beer. Wonderful beer. Oh and Soarin. What a freaking amazing ride, especially after all those wonderful beers.

5.  Traveling with work is fun but the family joining post work is pretty much THE best.  And ears should now be a constant accessory to all family photos. 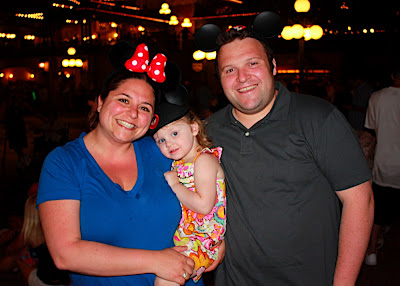 6.  Saying see you later is just as hard as goodbye.

*This list was brought to you by jCg inspired by a (pointing blame) friend O mine, Mom on the Run.
circa 11:02 AM

Email ThisBlogThis!Share to TwitterShare to FacebookShare to Pinterest
find it: mi famiglia